スマートフォン専用ページを表示
On 11 September, I and Sayumi visited Bologna for the first time. We moved from Parma to Bologna by Trenitalia.

A trip in one hour.

Many medieval monuments remain in Bologna.

I am deeply impressed by Golen corss in the Catheral around the old "Piazza" in the central Bologna.

In the west quarter, many Department and Instituts of Bologna gather.

Who saw the gold
behind crucified Christ
the sun behind clouds

In the west qurater is occupied by departments and instituts of many science for example,. biology, batanology, mathematics, asianology, linguistics, medecine et meneralology, etc. A long stone corridar there sembled to continue endlessly. Several beggars were sittin along it. 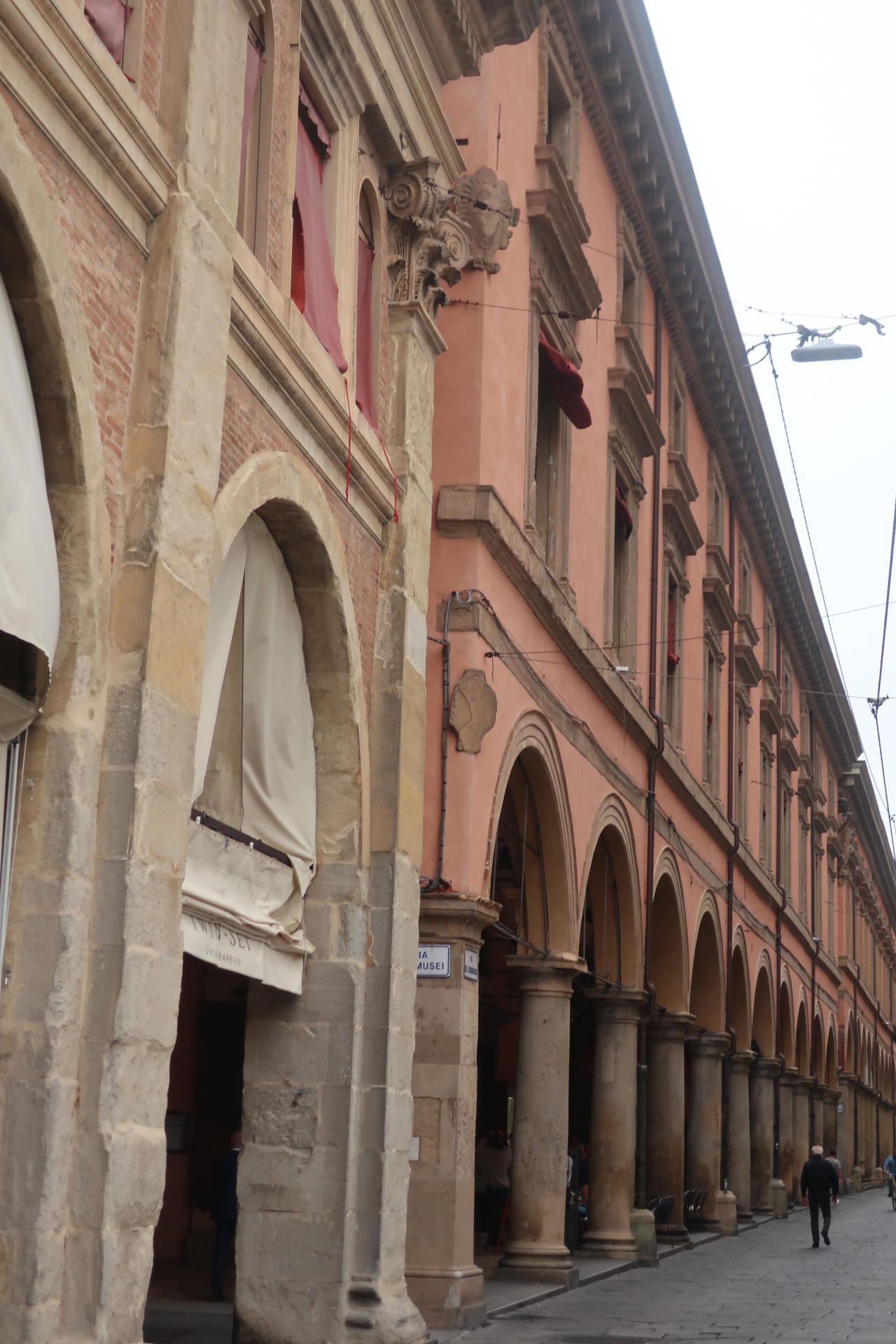 Near the old west gate, we encountered a young fat daughter crying and weeping loudly to her mother.
Her mother was walking silently in a big purplex to somewhere.

In the evening, a train in delay of more than one hour brought us to Parma.
it is getting fine after the last night’s rain.

Delay after delay
now the moment
of terrestrial paradse

I find that Italy is much richer than France now.